What is in Polystyrene Packaging?

By Eco To Go Food Packaging
Posted 18th March 2022
In Blog, Blogs
What is in Polystyrene Packaging?2022-03-182022-03-18https://ecotogofoodpacks.co.uk/wp-content/uploads/2018/02/premium-affordable-eco-friendly-food-packaging-ecotogo-logo.svgEco To Go Food Packshttps://ecotogofoodpacks.co.uk/wp-content/uploads/2022/03/eco-to-go-polystyrene.jpg200px200px
0

Hailed as the undisputed leader of packaging for decades, we are all familiar with polystyrene to some extent. With everyday uses ranging from food packaging to construction, we take a look at what this wonder product is made of and what kind of role it has in the packaging sector of the future.

How is Polystyrene Used?

Polystyrene is most beneficial when used as a foam but also offers a broad range of classic plastic applications too. Most of us are familiar with clear polystyrene food containers, drinks cups with lids, plates, bowls, cutlery, and straws. Solid Polystyrene is all around us, from medical device applications such as petri dishes and test tubes to everyday items such as smoke detector coverings, food storage receptacles and makeup containers. The Styrofoam form of Polystyrene is commonly used to make plates, bowls, insulated cups, trays and a wide range of packaging materials. The packing of a laptop or a new television, for example, will almost definitely have involved the use of a custom-made Styrofoam casing. Styrofoam packing “peanuts” are also commonly used as a filler for various little items that need to be carried from time to time. Styrofoam may also be used in the production of “to-go” containers and throwaway tableware.

Why is Polystyrene Being Phased Out?

Owing to its seemingly safe and odourless qualities, the use of Polystyrene has been the top choice in food packaging for decades. However, research has shown the “potential health consequences” from using polystyrene foam for food packaging due to production and the way it behaves: Polystyrene has been shown to leach chemicals into the very food and drink it is designed to protect. In addition to this, it is flammable and – like other materials when burned – released carbon dioxide, carbon monoxide, toxic chemicals and smoke into the atmosphere. More specifically, burning Styrofoam can damage the nervous system and lungs. As well as human health concerns, the substance is a source of contention among environmental groups: polystyrene takes decades to degrade, is increasingly prevalent in outdoor waste and – in foam form – is a pollutant of our waterways and seas. Pieces of Styrofoam can be mistaken for food and ingested by both domestic and wild animals, ultimately leading to their death.

Aside from the fact that it doesn’t decompose, polystyrene simply breaks down into smaller pieces known as ‘microplastics’ which litter the world and smother ocean food supplies. These pose enormous long-term harm; because of their persistence and incapacity to be removed, microplastics will linger in our oceans, land and air for an infinite period of time. These toxic substances have even been found in samples of human placenta, polluting even the most intimate areas of life itself. All because of conventional packaging.

What are the alternatives to Polystyrene?

The days of polystyrene are numbered and there is a whole host of eco-alternatives offering packing solutions without a cost to human health or the environment we live in. According to Massgreen.org, greener alternatives to polystyrene for packaging can be found across the sector. In an effort to reduce trash and promote a healthy environment, numerous Styrofoam substitutes have been created as long-term replacements. There is recycled foam, corn-based packaging, moulded fibre, moulded pulp, biodegradable foam and even starch-based loose-fill materials which are made from crops such as corn, grain sorghum and other grains.

While polystyrene can be cost-effective, widely available and versatile, the material is also well-known for its negative impact on the environment. Polystyrene is difficult to degrade after it has been disposed of, resulting in an accumulation of harmful waste in the world’s oceans and landfills. With superior quality and ample choice offered by eco-packaging specialists, it’s difficult to see a place or justification for polystyrene in the marketplace of tomorrow. Head over to our shop to view our full range of eco-friendly polystyrene alternatives for packaging your products. 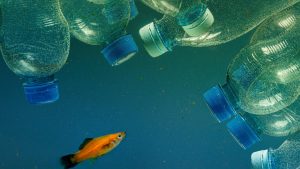 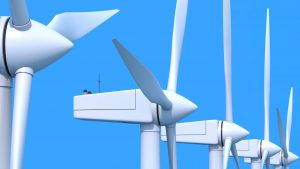 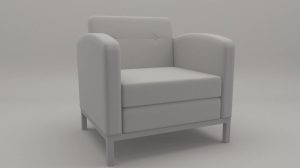 What is Fast Homeware?
‘Fast Homeware’ refers to items of furniture, decor and soft furnishings we purchase and replace cyclically. Rather than saving up and purchasing an item to last a lifetime, sourcing second-hand or even being gifted furniture by local communities, ‘fast homeware’ provides an immediate, inexpensive and on-trend solution for today’s rental generation. But what actually is the real cost involved? We take a look at the environmental cost of low-price homeware.