Interesting Facts About The Rainforest

We hear a lot about deforestation and many of us are familiar with images of desperate-looking primates clinging to trees, but do we really understand the vast role played by the world’s rainforests, and why their loss is so debilitating to the planet as a whole?

Rainforests are the oldest ecosystems on earth today; they’re also hot, humid and gigantic. Straddling the earth’s equator, these incredible forests currently cover approximately 3% of Earth’s total surface area, although – until modern times – that figure was far greater. Rainforests are home to half of the planet’s plant and animal species; ecologically speaking, rainforests are absolutely essential to every aspect of life on earth, including our ability to breathe. They are incredibly moisture-rich, with rainforests receiving more than 70 inches average rainfall per year.

Rainforests can be divided into two categories: Tropical and Temperate. Tropical rainforests are the largest and oldest vegetation type still alive on Earth’s surface today. They are typically difficult to size, as numerous countries may share a single forest, which may be segmented further by islands or vast swathes of deforestation.

Unbelievably, more than 200,000 acres of rainforest are burned every single day. That’s roughly 150 acres destroyed every minute of every single day accumulating to 78 million acres every year. While this is a shocking wakeup for those who weren’t aware, there is still time to make a stand and safeguard our precious rainforests.

It is said that you love what you understand, so let’s take a look at the nine rainforest facts below.

1) Approximately half of the earth’s terrestrial biodiversity can be found in tropical rainforests. A loss of this precious habitat therefore threatens half of life on earth: on the other hand, rainforest conservation safeguards an incredible wealth of plant and animal life.

2) Although once a much larger percentage, tropical rainforests currently cover approximately 1.84 billion hectares – approximately 12% of our planet’s land surface area. This is about 3.6% of the planet’s total surface overall.

3) The world’s largest rainforest is the Amazon, which covers an area of 2.1 million square miles, spanning an area over half the size of United States. Approximately two-thirds of the Amazon is located in Brazil.

4) More than 20% of the Amazon rainforest is already gone. This figure continues to rise by the day as the destruction and deforestation continues indefinitely although, promisingly, recent global environmental trends such as the veganism movement are making definite and measurable steps towards slowing the rate of deforestation.

5) Roughly 10% of the world’s greenhouse gas emissions are directly caused by human activity. One major culprit for those emissions is the destruction, degradation and deforestation of tropical rainforests.

6) Rainforests are estimated to store at least 250 billion tonnes of carbon. Crucially, they play a critical role in regulating the temperatures and weather patterns around the world. Rainforests cool and regulate micro-climates, stabilise ocean currents, wind and rainfall patterns. They play a central role in the health of how the Earth functions, thus a loss of rainforests destabilises the entire planet.

7) More than just covering South America, you can find rainforests all over the globe. They can be found in Canada, Asia, Africa and Latin America.

8) When it comes to water, tropical rainforests serve a fifth of our freshwater supply. Rainforests add water to our atmosphere and it is estimated that 15% of the world’s freshwater flows from the Amazon basin alone! Loss of the Amazon threatens global freshwater supply, which of course is essential to much of life on Earth. Deforestation reduces the moisture released from rainforests, leading to decreased rainfall and global draught.

9) A quarter of natural medicines are found in rainforests. They are living, breathing healthcare hubs! We use compounds from rainforest plants to treat a variety of illnesses, diseases and health problems worldwide.

With such astounding facts, it’s unthinkable that people are destroying the Earth’s rich and powerful rainforests as such an alarming rate. Check out our range of environmental articles to find out how you can do your bit to treading more lightly on the planet. 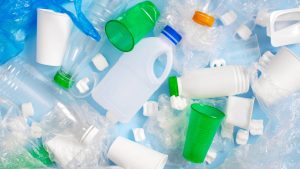 Why Degradable Plastic Doesn’t Always Break Down
While often confused with biodegradable and compostable, oxo-degradable materials comprise their own distinct category. They are not bioplastic nor a biodegradable plastic, but actually a conventional plastic mixed with an additive to imitate biodegradation. Learn more about degradable plastics in our latest blog. 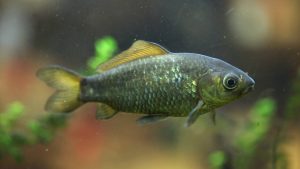 What Do We Know About Freshwater Habitats
While land accounts for roughly 28% of the Earth's surface, it is here that about 80% of all plant and animal life is found – 11% of that figure is found in freshwater ecosystems, a habitat that encompasses 5% of all plant species. Learn more about freshwater habitats in our latest blog. 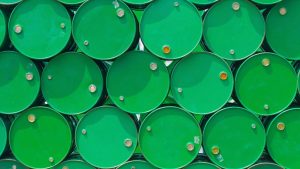 What Do We Know About PFAs?
Increased research is being conducted on the potential health impacts of a large range of widely used but little understood chemicals found in water-resistant clothes, stain-resistant furniture, non-stick cookware and several other consumer, commercial and industrial products. Our latest blog discusses PFAs.