History in the Making: The End of Combustion Engines

By Eco To Go Food Packaging
Posted 28th July 2022
In Blog, Blogs
History in the Making: The End of Combustion Engines2022-07-282022-07-28https://ecotogofoodpacks.co.uk/wp-content/uploads/2018/02/premium-affordable-eco-friendly-food-packaging-ecotogo-logo.svgEco To Go Food Packshttps://ecotogofoodpacks.co.uk/wp-content/uploads/2022/07/ecotogo-engine.jpg200px200px
0

Of all environmental concerns, none are quite as evident as our reliance upon cars. The lockdowns – and imposed limitations on personal transport – heralded a phase of drastically reduced CO2 emissions and gave us all a moment to pause and understand our direct impact on the planet through car emissions. Still, creatures of habit, most of us still turn on the engine and willingly pay record-high prices for fossil fuels to get us from A to B without too much thought.

Cars came into global use throughout the 20th century with us all quickly relying on them across the developing world. While the concept of the automobile has been around for centuries and cannot be attributed to any one person, a man known as Karl Benz patented his motor vehicle in 1886 in Germany, paving the way for widely available automobiles throughout the early 20th century. Throughout the 1920s and beyond, the car industry became a clear sign of the development of consumer goods-orientated societies, providing one in every six jobs in 1980s America.

At the start of the 20th century, 40% of American automobiles were powered by steam, 38% by electricity and 22% by gasoline. Cars using gasoline were considered noisy, unreliable and uncomfortable; steam cars were considered complicated and thirsty; however, electric cars were silent, low-maintenance and far more easy to use in comparison. While these electric counterparts were favoured all-round, their development was hampered by the lack of battery charging infrastructure in the pre-electrical wiring days. The electrics were limited to urban use: with lower speeds, shorter ranges and lengthy battery charging times, electric cars soon waned in popularity. Only through the fuel-shortages of WWII did the electric cars gain favour in Europe, with electric milk floats still showcasing these vehicles to this day.

Why and how then did the internal combustion engine gain so much notoriety? After the patenting of Benz’s machine, the soundness of the design and careful construction led to increase in sales and model improvements. With the development of gasoline cars across America with modifications such as removal of the hand-crank, added suspension and various accessories, engineers and researchers worked in partnership to manufacture combustion engines across a range of newly founded companies – many who are still household names today. Henry Ford began a revolution, taking automobiles from a luxury to a necessity by making them cheap, versatile and easy to maintain. It would be from the 1920s onwards that combustion engines gained international and global appeal.

The past century of the automobile has been catastrophic for the planet , with us having been entering a stage of clear climate crisis for over three decades. The year is now 2022 and – acting in the eleventh hour – members of the European Parliament have voted to ban combustion engines from 2035. This is incredible news and marks the end of over a century of fame for the combustion engine in Europe. It sets a precedent for other countries to take stock and act with the same vision and decisiveness. According to the new European law, all car and van sales should be zero emissions from 2035. In an incredible majority vote, the new legislation mandates that carmakers should reduce emissions by 100%- with interim steps in 2025 and 2030 leading to the 2035 phase-out date. With a clear continental move towards electric and renewables, we may see a dramatic and sustainable decrease in emissions in our lifetime. As the sun begins to set on fuel-guzzling combustion engine cars, perhaps we might see the return of the humble milk float after all. 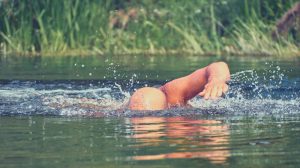 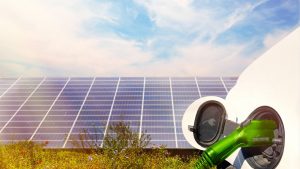 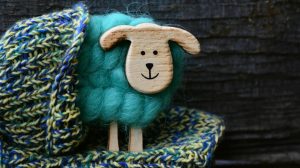