Everything You Need to Know About Microplastics

By Eco To Go Food Packaging
Posted 3rd January 2022
In Blog, Blogs
Everything You Need to Know About Microplastics2022-01-032022-01-03https://ecotogofoodpacks.co.uk/wp-content/uploads/2018/02/premium-affordable-eco-friendly-food-packaging-ecotogo-logo.svgEco To Go Food Packshttps://ecotogofoodpacks.co.uk/wp-content/uploads/2021/12/eco-to-go-microplastics-scaled.jpg200px200px
0

By now, it’s no secret that our increased dependency on plastics has had a phenomenally detrimental effect on the environment around us. From air pollution and aquatic devastation to environmental toxicity and consequential human health problems, our unhealthy addiction to plastics leaves an untold legacy which we are only just becoming aware of.

We hear a lot about microplastics, but many of us may not be fully clued up on what they are or why these microscopic pieces of plastic matter.

Often smaller than what the naked eye can see, plastic products are broken down into tiny particles in the environment around us through a range of processes such as oxidation, heat, ultraviolet light, mechanical action and organic biodegradation by bacteria. These tiny particles are categorised as ‘microplastics’ and litter our land and seas by the trillion; an estimated 24.4 trillion pieces of microplastics pollute the world’s upper oceans with a combined weight equivalent to roughly 30 billion 500ml plastic bottles. In addition to this tidal-wave of microscopic plastic, pollutants (such as pesticides, PCBs, DDT and dioxins) flood our oceans and seas; due to their hydrophobic nature, such pollutants tend to concentrate on the surface of these tiny microplastic particles and are inadvertently ingested by marine species. Through consuming these toxic-lathered microplastics, chemical pollutants accumulate in the tissue of marine-life, increasing in intensity as they move up the food chain – the larger the creature, the greater concentration of microplastics and toxins present. Furthermore, as plastics degrade, they become brittle and leach monomers – such as BPA – into the environment where they can be ingested by marine life with little knowledge of the long-term consequences.

The Reality of Microplastics

Of course, ingesting plastic objects poses an obvious risk of causing internal injury or blockage – sadly commonly cited as a leading cause of death in marine animals- but what about the less visible harm caused by tiny pieces of plastic? Animals, including humans, consume these toxic microplastics which are frequently and continuously washed down drains and introduced into water treatment plants through our use of cosmetic items, toothpaste and household products. This eventually builds up in both freshwater and marine ecosystems, adding to a catastrophic problem both for the planet and its inhabitants.

Due to their size, manner and sheer abundance, microplastics pose a variety of negative consequences for marine and freshwater invertebrates such as lowering growth and reproduction rates. Where microplastics are ingested in place of digestible food, lacerations, inflammatory responses and decreased eating behaviours are common. Bivalves such as oysters and mussels – which filter large amounts of water while feeding – are particularly vulnerable to ingesting microplastics and the effects have been shown to vary according to species, plastic type and microplastic concentration.

Microplastics enter our bodies in a variety of ways. Commonly consumed through food and drink, a variety of culprits – including but not limited to – sugar, salt, alcohol, beer, honey, fish and shellfish all play their part in carrying microplastics into the human body. Our health is further jeopardised by the use of common household products.

A ground-breaking study discovered an alarming amount of microplastics in the air in people’s homes. Microplastics were measured in twenty households across the UK during a six-month period by scientists from Hull York Medical School and the University of Hull.  Shockingly, the study reports microplastics in every participant residence at far higher levels than those reported outdoors.

With all this in mind, we can definitely take proactive steps in ensuring a cleaner, healthier immediate environment for ourselves and our loved ones. Eating organic and plant-based is a simple place to start, followed by swapping basic household items for natural alternatives. These days, readily-available products such as natural deodorants and eco cleaning products are commonly in line with the convenience and quality we have grown to expect whilst providing a more eco-conscious option.

Moving ahead into the new year, we are all in a strong position to opt for alternatives to plastics – particularly to single-use plastics; our own range of eco-friendly packaging demonstrates the exceptional quality provided by such alternatives and can offer a great starting point for moving away from plastic packaging. By placing demand into more sustainable, environmentally friendly products and making conscious changes to our day-to-day lifestyles, we as consumers have the power to create a greener, cleaner planet for generations to come. 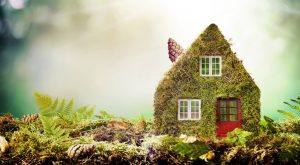 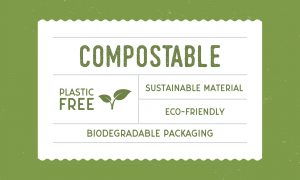 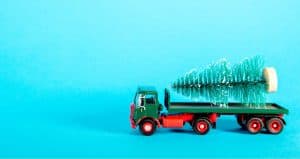